Cookies help us deliver our services. By using our services, you agree to our use of cookies. Learn more
This website uses cookies to improve your experience while you navigate through the website. Out of these cookies, the cookies that are categorized as necessary are stored on your browser as they are essential for the working of basic functionalities of the website. We also use third-party cookies that help us analyze and understand how you use this website. These cookies will be stored in your browser only with your consent. You also have the option to opt-out of these cookies. But opting out of some of these cookies may have an effect on your browsing experience.

Product Code: CAZLEDFGL1021
Be the first to review this product
Price: $25.00

Ships tomorrow if ordered in the next 23 hours and 3 minutes! please contact us for ETA

Read More
Skip to the end of the images gallery

Skip to the beginning of the images gallery

Break Barriers, Not Your Lights

What do aircraft canopies, police shields, and our light lenses have in common? They’re all made of impact/shatter/scratch resistant polycarbonate. Combined with an IP67 waterproof corrosion-resistant aluminum body, and you’ve got a fog light that’s ready for any adventure. While you stay busy navigating the back roads and highways, the heatsink body continuously cools the LEDs for optimal performance.

Tackle the Worst Trails and Look Good Doing It

Your Wrangler is a finely tuned off-road machine.  It's rugged, functional, capable of anything, and looks awesome while doing it. With a white halo and red accents for the DRLs coupled with amber halo for turn signals, these fog lights greatly enhance the personality and function of your favorite four-wheeler.

Improving the performance of your ride doesn't need to be difficult. Our LED fog lights are exact replacements for your factory lights. A quick swap and you’re ready to switch on 1,440 lumens of brilliant daylight. The 6 powerful OSRAM LEDs work together to produce 30 watts of stunning 6500K light with a clean cut off line; clearly illuminating road edges, lane lines, and obstacles even in the worst visibility. 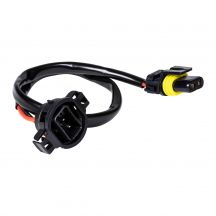 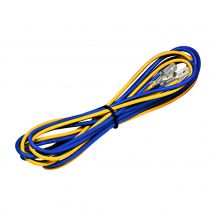 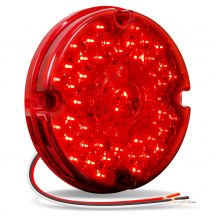 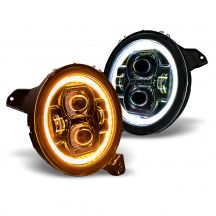 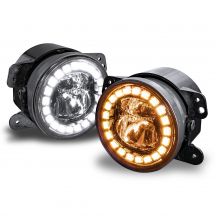 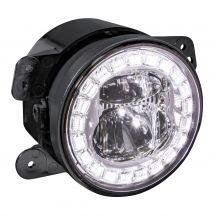 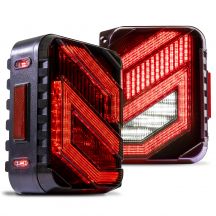